Thinking about buying a house in Naperville? The city of Naperville, Illinois is a west suburb in Chicagoland and is known as one of the best suburbs to live in all of Chicago. Located approximately 33 miles west of Downtown Chicago, it is also the 5th largest city in the state.

As one of the top cities to live in Illinois, Naperville has a few of the most popular neighborhoods and subdivisions in the United States. 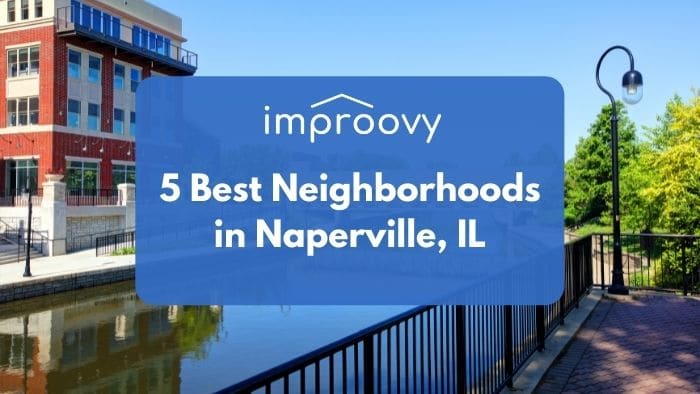 Certainly, Naperville is a great place to live and buy a house. But what is the best part of Naperville to live in?

From DuPage to Will Counties, let’s dive into our top 5 best Naperville subdivisions of this year!

What is the best part of Naperville to live in?

1. Hobson West is the best part of Naperville to live in. Located one mile south of downtown Naperville, Hobson West has some of the best schools in Illinois and is known as the friendliest neighborhood in Chicagoland. Another key perk for residents is its amenities which include tennis courts and Hobson West pool.

Not to mention it’s one of Naperville’s hottest neighborhoods with home prices rising 33.3% year-over-year in 2022. 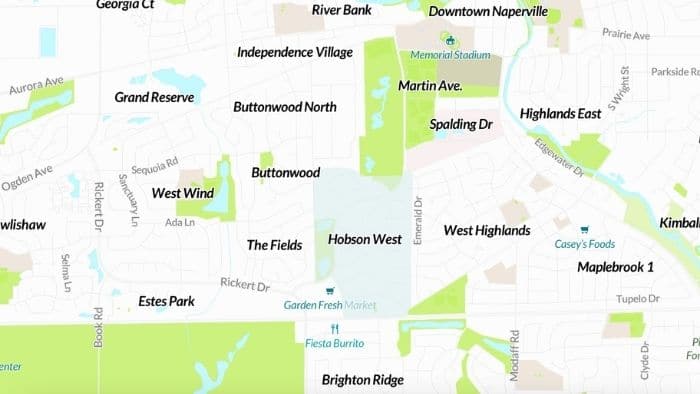 Given that, it’s still relatively affordable to live in Hobson West when compared to other popular areas like Downtown Naperville. Accordingly, it has a median listing home price of $599,800 and price per square foot of $230, which is quite reasonable.

All of these factors added up to make Hobson West one of the top Naperville neighborhoods to raise a family.

Need some pro advice on matching wall colors and flooring? Our interior painting experts created this essential guide to matching hardwood floors and wall colors to simplify the process. 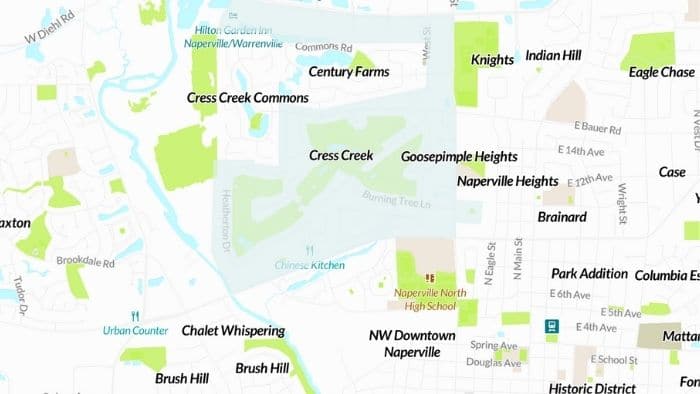 3. Downtown Naperville is the third best part of Naperville to live in. Due in large part to its proximity to excellent Naperville restaurants, the Riverwalk, and the top schools in the United States.

Indeed, the Downtown Naperville area is home to School District 203, ranked as the ‘Best in America’ among districts with 12,000+ students. 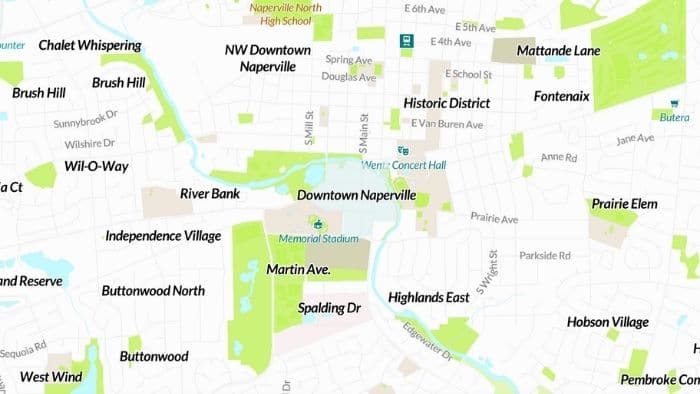 Likewise, Kennedy Junior High is rated as the best Public Middle School in Illinois. Not to mention, Meadow Glens Elementary School is ranked as the 2nd best public elementary school. Lastly, Naperville Central is the 22nd top high school in Illinois followed by Naperville North in the 23rd spot.

Speaking of new neighborhoods, are you looking to move out of state to a warmer city like Dallas, TX? Find out which DFW towns made this year’s best suburbs of Dallas list.

Most Expensive Neighborhoods in Naperville 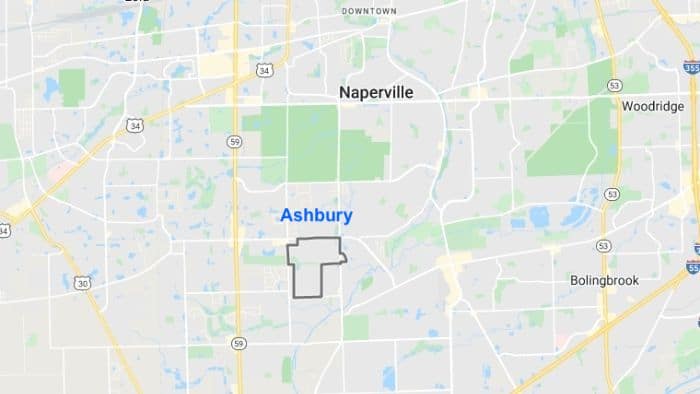 4. Ashbury is another trendy and beloved neighborhood in Naperville, IL. Pictured above, it’s about a 12-minute drive south of downtown Naperville. No doubt, Ashbury is one of the most sought-after subdivisions in the southern Will County section of the city of Naperville. This subdivision’s amenities include the Ashbury Clubhouse and pool with a median home sale price of $640,000.

Lastly, Ashbury is the closest Naperville subdivision on our list to Improovy’s highly recommended Naperville house painting location. Obviously, a huge bonus when you need an exceptional interior or exterior painter before you move in or out of your place. 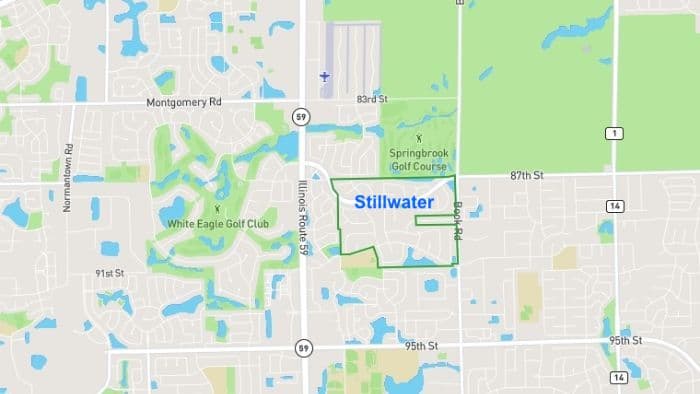 5. Still Water is another quintessential Naperville subdivision that has been popular for decades. Highlighted in the above snapshot, Stillwater is located approximately 5 miles south of downtown Naperville. Moreover, the median listing home price in the Stillwater subdivision is $714,500. Unquestionably, one of the best parts of living in this Naperville neighborhood is its proximity to the White Eagle Golf Club and Springbrook Golf Course. This makes this lovely upscale area a golfer’s dream!

When comparing median home listing prices, Naper Carriage Hill is the most affordable Naperville neighborhood. Accordingly, it has a median listing home price of $211,900 and a price per square foot of $205. This makes Naper Carriage Hill’s home price per square foot 72% lower than Downtown Naperville and 70% less than East Highlands. No question, there are many fantastic neighborhoods in Naperville that serve a wide range of new homeowner budgets and requirements.

Homes for Sale In Naperville, Illinois

Homebuyers searching for homes for sale in Naperville are looking for two-car garages, big lots, updated kitchens, and open floor plans. According to Realtor.com, buyers also value nearby access to tennis courts in Naperville as well as vaulted ceilings and fenced yards.

Need a painter in Chicagoland?

Improovy is Chicagoland’s highest-rated house painting service. Visit one of our Chicagoland locations below to get a free quote in minutes!

Given that many new home buyers are moving in from the dense city of Chicago, this makes total sense. Overall, these new Naperville homeowners value space and access to great schools. Both are coveted luxuries of suburban living that you can find in Naperville, Illinois.

Want to learn more about the best parts of living in Naperville, IL? Below are some commonly asked questions about Naperville and surrounding suburbs.